Four Things to Know About Traditional Surrogacy in Canada

Thinking about traditional surrogacy?  Before you make a decision to proceed, there are a few things you should know. 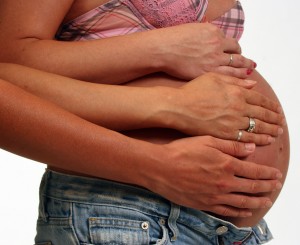 Traditional surrogacy can, and often does, happen outside of the medical system. It can progress from conversation to action very quickly, which is both exciting but risky. If you are thinking about building your family with traditional surrogacy, here are four things that you should know.

1. Legal Custody of the Child is not guaranteed.

Remember the Baby M case? It was the first surrogacy case in the United States in which custody of the child had to be determined by a court. It was a very public and acrimonious dispute.  Bill and Elizabeth Stern worked with an agency to find a traditional surrogate and chose one based only on a profile. The parties entered into a contract and then Mary Beth Whitehead allowed herself to be inseminated with Bill Stern’s sperm.  Baby M was born in 1986, and the Sterns had physical custody of the baby for only 24 hours before Mary Beth changed her mind. Custody battles and then a legal appeal to the New Jersey Supreme Court ensued.  The Supreme Court ruled that the surrogacy agreement was not enforceable because of public policy. The court then approached the custody of Baby M as they would any disputed custody case between the child’s birth mother and the child’s genetic father, and applied the ‘best interests of the child” test. Eventually, after years of legal wrangling and untold expenses, Bill Stern was awarded custody of the child. Once Baby M was an adult, she applied to terminate Mary Beth’s parentage, and was adopted by Elizabeth Stern.

In Canada, we have had only one disputed custody case in a traditional surrogacy situation, and the intended parents were awarded custody of the baby. In future cases, I think it likely that a Canadian court would consider the best interests of the child as paramount. If a surrogate changes her mind during the pregnancy there is nothing that the intended parents can do until the child is born. The surrogacy contract may help a judge confirm the intention of the parties with respect to who intended to be the child’s parents, but a judge can easily place more importance on the traditional test of “best interests of the child”. In other words, the facts of the case will be crucial and no lawyer can promise intended parents that they would win a disputed custody case against a traditional surrogate. You can help minimize the risk with a contract, but there are no guarantees.

One of the appealing things to intended parent(s) about traditional surrogacy is that it can happen with a minimum of fuss. However, given that the surrogate is contributing 50% of the child’s DNA, a full review of the traditional surrogate’s medical and genetic history becomes crucial. Think about how long you would take to review the medical history of potential egg donors, and treat this situation as equivalent.

3. Speaking to a Lawyer is crucial.

The old saying “measure twice and cut once” is applicable here. Whether or not you choose to have a contract is your decision, but make it an informed decision. Promise me that you will at least speak to a lawyer who is an expert in this area, and discuss the ramifications of traditional surrogacy before the first insemination attempt. Need to know if your lawyer is an expert? Ask the lawyer if he/she has ever drafted a traditional surrogacy agreement. If the answer is “no”, keep looking – you never want to be someone’s first client..

Proceeding without medical screening is possible, but not a good idea. I wrote an entire blog about it and you can find it here.

If traditional surrogacy is the way you choose to move forward, take it slow. Spend a lot of time getting to know the surrogate, and discuss as many of the possible scenarios as you can imagine. Work with the experts: physicians, lawyers and counsellors, so that you increase your knowledge and minimize the risks.